There’s something special about bearing witness to a writer’s first novel. As Ayana Mathis once wrote, “A debut novel is a piece of the writer’s soul in a way that subsequent books can’t ever quite be.” This spring offers a wide variety of debuts, and we’ve picked four to spotlight here. What drew these writers to their subjects, and what pieces of their souls will you find in their pages? We asked these women — Etaf Rum, Candice Carty-Williams, Claire Gibson, and Belle Boggs — to tell us about their first full-length works of fiction, now available on our shelves. In their own words, here they are:

A Woman Is No Man
The story at the heart of my debut novel, A Woman Is No Man, is told in alternating chapters between three generations of Palestinian-American women living in Brooklyn, New York. The novel follows Isra, a newlywed who hoped life would be different when she immigrated to America from Palestine, and her eldest daughter Deya, who tries to do what her mother ultimately couldn’t: break free from their family’s cycle of misogyny and forge a path of her own. While the clash between dual cultures is at the center of the narrative, the novel is also a love letter to books and a reminder of the transformative power of reading. Books were one of the only comforts that both Isra and Deya enjoyed, and it is through the strength found in books that Deya is finally able to understand the patriarchal structures designed to keep women in “their place,” rewrite the narrative of her own life, and, ultimately, break free. —Etaf Rum

Queenie
As  an introvert who has always lost herself in books, from a young age, trying to find myself in them was…well, let’s say it was a fool’s errand. There was never a lead (and rarely a sidekick) who was black, straddling two cultures, sexualized, and with black features. The leading ladies were often blonde-haired, blue-eyed, slim, and desired for marriage by all. I had no access point to this woman, and if I had no access point and she was definitely not on the same romantic or cultural journey as me, how on earth was I going to know how to go through my life? So I had to write her. I’m still not certain how to navigate my life, but I’m hoping that after reading Queenie, girls like me will, and that girls not like me can have a greater understanding of what life can be through a different lens, exactly like I had to when I was growing up. —Candice Carty-Williams 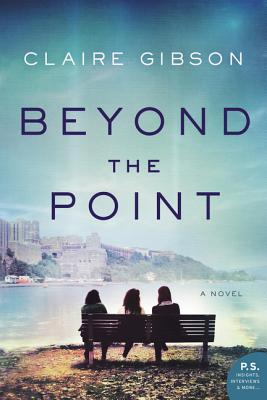 Beyond the Point
My  debut novel, Beyond the Point, is kind of like The Sisterhood of the Traveling Pants meets Zero Dark Thirty. The novel is based on true stories gleaned from more than 100 hours of interviews with of women graduates of the U.S. Military Academy at West Point — women I knew while growing up at the Academy, while my father was a professor. The plot follows three very different characters: Dani, Hannah, and Avery, as they forge an unlikely bond at West Point, and then struggle to maintain that friendship across war, marriage, career changes, and life in their twenties. It was important for me to write this story because even though many of these women went on to work with Presidents and Generals in the line of duty, I felt that their greatest feat was not their military achievements, but their loyalty to female friendship. —Claire Gibson (Note: Gibson lives in Nashville and will celebrate her book launch at Parnassus, in conversation with Liza Graves of Style Blueprint on Wednesday, April 3, at 6:30 p.m.)

The Gulf
We all joke about crazy business ideas that would make a fortune if someone went to the trouble of bringing them to life. We just don’t want to be the person who actually does it. One question that inspired The Gulf was: What if someone offered to pay you to bring one of those joke businesses to life and you said yes? Marianne, my protagonist, is a poet and an atheist who winds up doing just that — creating the Florida-based, fly-by-night low-residency creative writing program for Christian writers she’d joked with her then-fiancé about starting years before. By the time students discover the founders’ disingenuous intentions, the Genesis Inspirational Writing Ranch is already off and running, with an inaugural class that includes an out-of-shape former R&B superstar working on an autobiographical novel and a home economics teacher writing poetry about the late Terri Schiavo. As the Ranch attracts applicants, shadowy investors, shady politicians, and trouble, Marianne must ride out the storm, in more ways than one. —Belle Boggs

Isn’t it just like spring to bring us so many fresh delights? Stop by the store sometime, and come have a look at all that’s new.