The Memory Index is a debut young adult novel by Nashville author, Julian R. Vaca. This gripping science fiction novel reimagines a 1987 where memories are valuable. The book’s launch event at The Rabbit Room on August 13th is full, but you can still join the waitlist and/or pre-order a signed or personalized copy on our website! Rae Ann Parker, our Director of Books and Events for Young Readers, talked with Julian about the inspiration behind the book, the official playlist he created for it, and more!

Rae Ann Parker: Julian, you are a staff writer for PBS’s Reconnecting Roots and you’re also a working actor. What inspired you to dive into novel writing and what sparked the inspiration for The Memory Index?

Julian R. Vaca: Ever since I was a child, storytelling has been my escape—it’s helped me make sense of my messes. As a first-generation Mexican American who spent his formative years in the South, I’ve always felt a disconnect: my parents didn’t teach me Spanish because they believed I needed to master English to excel academically. On the flip side, most of the friends I made in the rural town I lived in were white. I had a sort of crisis of identity. I couldn’t fully embrace my Mexican heritage (three of my four grandparents didn’t speak English!), and I always felt slightly detached from my circle of friends because I look different. Making home movies and writing stories became an exercise in processing my insecurities. I feel safest when I’m acting and writing—when I’m creating. With The Memory Index, I started by asking the question: Are we more than the sum of our memories? My fascination with childhood amnesia fueled this question, and that seed soon blossomed into TMI.

RAP: Your main character Freya is trying to solve the mystery of her father’s death. After she is caught with banned technology, she lands in Foxtail Academy, a boarding school experimenting with memory recall. What was your favorite part of writing a science fiction mystery?

JRV: I constantly tell people that the best sci-fi out there merely uses the genre as a vehicle for exploring and unpacking the human condition. I definitely took that to heart when drafting the manuscript for TMI. And, let’s be honest: science fiction is a total blast. Some of my favorite books and movies are sci-fi! I think, in a lot of ways, my favorite part about writing this story was getting to pay homage to my favorite sci-fi stories. Further, in developing a world with rapid memory loss, there’s a lot of research required to be able to get this right. I read countless medical blogs on the topic, and—were it not for researching this story—I might not have learned so many interesting things about how our brains store memories.

RAP: What prompted you to set this science fiction novel in a reimagined 1987?

JRV: One of the reasons I decided to set this narrative in the 1980s was that it allowed me to play with analog technology, like tape decks and VHS camcorders. This story almost doesn’t work in modern times—where smart phones and micro technology are ubiquitous. In addition to the analog tech, and thinking through the challenges of an 80s world confronting a terrifying phenomenon like Memory Killer, I wanted atmosphere to play a role in this duology. There’s something decidedly different—decidedly special—about 1980s pop culture. There’s a reason it’s been in vogue for a while. And I think if, as a storyteller, I can hope to capitalize on that familiarity, it will help to ground the story. Now, obviously the risk is using that decade in a gimmicky way, but when done correctly, an 80s-set story should be amplified by its setting. (Think Stranger Things.)

RAP: You created a playlist for the novel that readers can access here. Did you develop the playlist after the novel was complete or were these songs part of your creative process?

JRV: The playlist was always meant to be integral to the story. I cataloged it during the first draft because I wanted to provide readers with an official, supplemental piece to the story. (There’s actually a QR code included in the back matter of the book!)  My aim is to elevate the readers’ experience by including this playlist.

RAP: And finally, we ask everyone, what’s your favorite thing about indie bookstores?

JRV: This is a no-brainer: the human element. As a former bookseller myself, I can say there’s nothing quite like being able to recommend a book to someone—in person! This is something Amazon will NEVER be able to capture, and it’s why indie bookstores are so vital to readers (both young and old) all over the world. 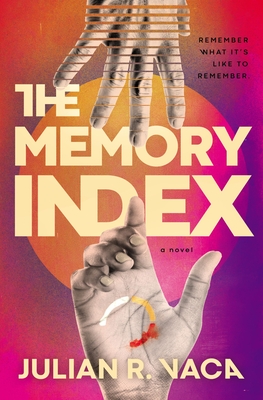