If two is better than one, then we’re all in for a real treat when Julia Phillips, author of Disappearing Earth, and Alix Ohlin, author of Dual Citizens, join us at Parnassus on Tuesday, June 25 at 6:30 p.m. to sign and discuss their books. In anticipation of their arrival, we’re pleased to share an excerpt of Phillips’ latest novel right here. (And if you missed it earlier this week, read an excerpt from Ohlin’s Dual Citizens here!) 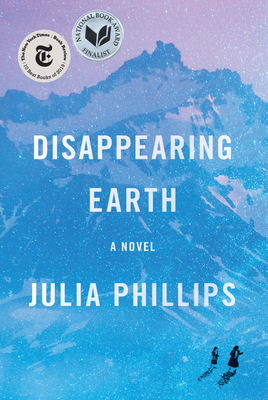 One August afternoon, on the shoreline of the Kamchatka peninsula at the northeastern edge of Russia, two girls — sisters, ages eight and eleven — go missing. In the ensuing weeks, then months, the police investigation turns up nothing. Echoes of the disappearance reverberate across their tightly woven community.

Taking us through a year in Kamchatka, Disappearing Earth enters with astonishing emotional acuity the worlds of a cast of richly drawn characters, all connected by the crime: a witness, a neighbor, a detective, a mother. We are transported to vistas of rugged beauty — densely wooded forests, open expanses of tundra, soaring volcanoes, and the glassy seas that border Japan and Alaska — and into a region as complex as it is alluring, where social and ethnic tensions have long simmered, and where outsiders are often the first to be accused.

In this excerpt, it is October. The two young sisters have been missing since August.

“We forgot the tent,” Max said, turning to Katya. The beam of her flashlight flattened his features. His face was a white mask of distress. The forest around them was black, because they’d left Petropavlovsk so late — his last-minute packing, his bad directions. His fault.

In the harsh light, he was nearly not beautiful anymore. Cheekbones erased, chin cleft illuminated, lips parted, he looked wide-eyed into the glare. Katya and Max had been together since August and as of September were officially in love. Yet the tent. Disgust rippled through her. “You’re not serious,” she said. She caught the tail of her repulsion before it passed; she had to hold on to it, a snake in the hand, otherwise she would forgive him too soon.

Katya handed him the flashlight and started to dig through the trunk. Shadows lengthened and contracted against their things: sacks of food, sleeping bags, two foam mats. A folded tarp to line the tent floor. Loose towels for the hot springs, a couple folding chairs, rolled trash bags that unraveled as she shoved them. Katya should have packed the car herself, instead of watching his body flex in the rearview mirror this evening. Pots clanked somewhere deep in the mess.

“Magnificent.” We forgot, he said, we, as if they together kept one tent in one closet of one shared home. As if they jointly made these mishaps. As if she had not needed to leave the port early this afternoon, drive twenty minutes south through the city to shower and change at her own place, drive thirty-five minutes north to get to his apartment complex on time, then wait eighteen long minutes in his parking lot for him to come out.

He’d told her earlier in the week he would bring his tent. His car, a dinky Nissan, didn’t have four-wheel drive, so they were taking hers, and he had loaded such a stack of stuff into the trunk — enough to merit a second run up to his apartment, a return trip with his arms full — that Katya told herself he had it handled. Instead of checking she tuned her car radio to local news of a shop robbery, an approaching cyclone, another call for those two little girls. She gripped her steering wheel. Once Max finally climbed into the passenger seat, she said, “That’s everything?”

Nodding, he leaned to kiss her. “Let’s get going. Take me away,” he said then. She checked the time (forty-one minutes late) and shifted into reverse.

Now they were going to spend the night in her mini SUV. Dependable as the Suzuki was, bringing them these four hours north of the city over roads that turned from asphalt to gravel to dirt, it made terrible sleeping quarters. Two doors, two narrow rows of seats, no legroom. The gearshift would separate them from each other. Neither of them would have space to lie down.

Katya sighed and Max’s shoulders bowed in response. She wanted to touch those shoulders. “It’s okay,” she said. Her disgust slithered off to wait for his next error. “It’s all right, bear cub, it happens. Would you gather us some wood?”

Once the flashlight was off bobbing between trees, Katya moved her car over the flattened patch of weeds where a tent was meant to be staked. The mistake had been hers in not asking earlier . . . next time they’d do better. Max was simply the sort of person, like so many others, whom she had to supervise.

Soil shifted under her tires. She didn’t turn the headlights back on. Slowly, her eyes were adjusting to the dark. She had visited these woods as a child, and though she must be seeing two decades of growth, the birch trees in the starlight looked to her exactly as they had when she was a girl: aged and grand and magical. The world outside had steadily warped, become less predictable and more dangerous, while spots like this were protected. Here, there was no radio news, no city stresses, no schedule to disrupt. The tent had served as the last opportunity for disappointment. There was no reason left to get worked up. Katya had to remember that.

When she opened the door, her keys chimed in the ignition. She pulled them out and the nighttime rushed in. Bats chirping, insects whirring. Dry leaves brushing against each other at the tops of the trees. Max, far in the woods, cracking branches for their fire. The steady waterfall noise of the hot springs.

Katya cleared her head with the sounds. Max’s company left her overstimulated; back in the city, at his apartment, she sometimes excused herself to the bathroom just to sit on the closed toilet lid and cool down. Even having him give directions from the passenger seat overwhelmed. His clumsiness, his sincerity, the shocking symmetry of his flawless face lit her up.

“It’s the honeymoon phase,” her girlfriends told her. Oksana, who worked with Max at the volcanological institute, said, “He’s an idiot. It’ll pass.” But Katya had been with other men, even lived with one for a while in her twenties, and never gone on this kind of honeymoon. Max activated a new sense in her. Just as the ability to hear lived in her ears, taste in her tongue, touch in her fingertips, a particular sensitivity to Max was now concentrated below her belly button. He reached for her and her guts twinged. Her sixth sense: craving.

He might be an idiot, but it wasn’t passing.

Craving him distracted Katya from other things. Like the tent, she reminded herself, as she took her head lamp from the glove compartment. Strapping it on, she got to work — organizing the bags, unpacking their groceries, reclining the front seats as far as they would go.

She stood back to scan them in the thin light of her lamp. Not very far at all.

Max returned to a set-up camp. Peeled potatoes bumped in a pot filled with stream water. Katya had laid half a smoked salmon belly, alongside slices of radish, tomato, and white cheese, on a plastic bag on the hood of her car, so they could snack before dinner. Together, in the brisk air, they built the fire. “I fell out there,” he confessed once they had the flames going. He turned to show her a smear of dirt down his back.

She pressed her fingers to his shirt, the heat of his skin underneath. Ripples of muscle. “You’re not hurt, are you?”

She had to laugh at the length of the stain. “You’re not much of an outdoorsman, cub.”

“I know,” Katya said. Still. Over the fire, the potatoes were boiling. She took her hands away from him to stir the pot.

The firelight painted them both orange and black. Max’s chin, his fine bones, the tip of his nose, the knob that ended his jaw. Too handsome. With one boot, Katya nudged a burning log into better position.

The only other weekend Katya and Max had spent away together was the one in August when they first met. Oksana had invited Katya as a plus-one on a work retreat to Nalychevo Park. Katya did not dare refuse; Oksana’s terrible summer, spent going through her husband’s phone as their marriage crumbled, had hit its low only days before when she managed to walk her dog past the abduction of those little girls. Oksana had spent hours with the police as she tried to describe a kidnapper she hardly remembered. “The only reason I noticed him at all,” she told Katya on the drive up to the park that weekend, “was because his car looked so good. I thought, Where does he get that cleaned? My van looks like trash after one turn around the city, while his shone.” Oksana checked her mirrors and shifted into the left lane to pass a truck. “I told the officers that when they find this guy, before they cuff him and beat him unconscious, they have to ask him for his best car-wash tips.”

“My God,” Katya had said. “Are you sure you want to do this right now?” 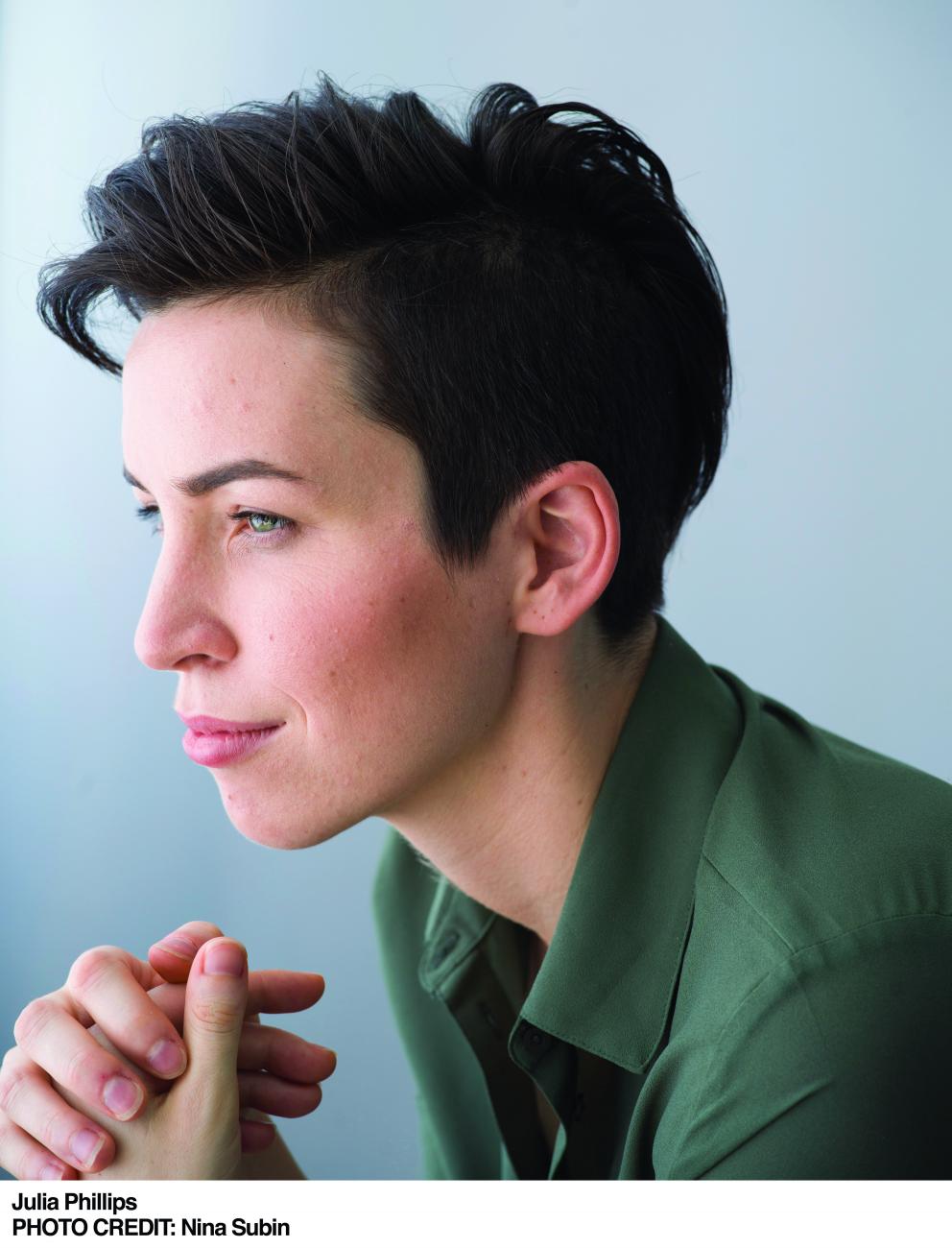 This event is FREE to attend and open to the public!