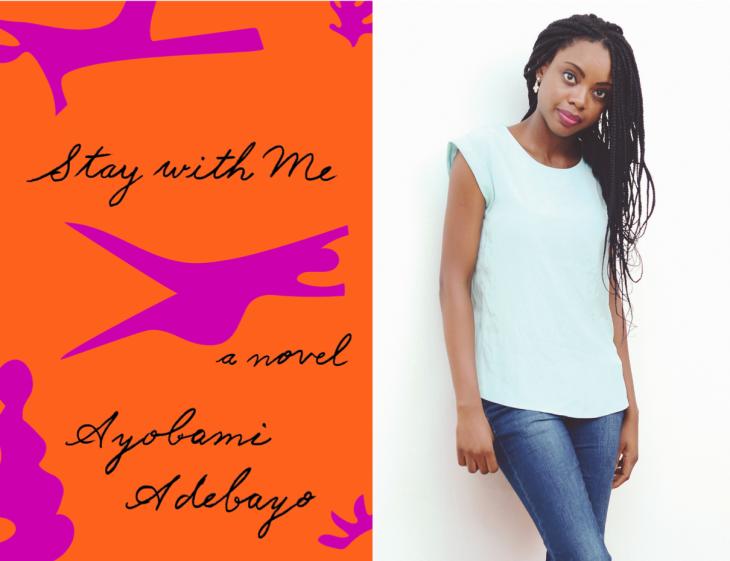 How’s this for an endorsement: When Michiko Kakutani, the famed and feared book critic at The New York Times, decided to step down from her post after 38 years, she chose Stay With Me, the debut novel by Nigerian writer Ayobami Adebayo, for her final review. She called it “stunning” and “entirely fresh.”

A sparkling jewel, paced to grab and hold your attention over a couple of sittings, Stay With Me will, well, stay with you long after you finish it. If you need just a bit more convincing, check out the reviews in The Guardian, Vogue, Essence, or Bustle. Or consider this: Stay With Me was also shortlisted for one of the UK’s most prestigious literary honors, the Baileys Women’s Prize for Fiction, formerly known as the Orange Prize, an honor that has gone to authors including Barbara Kingsolver, Marilynne Robinson, Zadie Smith, and a gal you may know from around here named Ann Patchett.

This is one story where the less you know going in, the better the experience and the more surprising the twists. Without giving away spoilers, here’s a quick overview: Before Yejide and Akin start dating in college, Yejide makes one thing clear: “I don’t do polygamy.” Akin agrees, he doesn’t want that either. All they want is each other — until they want a baby. Fertility challenges and family pressure push them to new limits of risk, secrets, and heartbreak. What happens over the next several years of their relationship will make you consider the question of whether anyone can truly belong to another human being. Is any person — a lover, a spouse, a child — ever “mine”?

We thank Ayobami Adebayo for talking to us about the story she couldn’t forget, her writing process, and the (amazing) authors who helped her hone her craft. And we hope you’ll come grab a copy of Stay With Me. 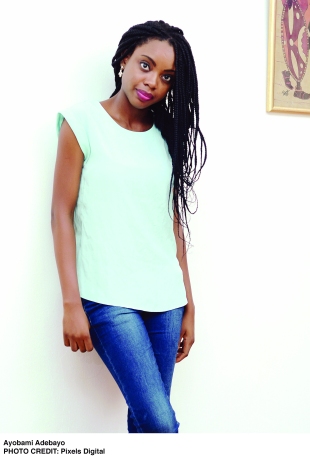 Ayobami Adebayo on the spare size and tightly woven structure of Stay With Me:
Initially, I didn’t think it would be so compact. The first couple of drafts were longer than the finished version and the novel went off on all kinds of tangents. As I spent more time working on it, I understood the characters better and that helped me to pare down the narrative.

On how infertility presents rich material for revealing character:

In many ways, it’s a universal experience. But it’s also such a personal, specific one, and that opens up several narrative possibilities.

On the joys and freedoms of writing a debut novel:
One of the wonderful yet terrifying things about writing a first novel is that you don’t even know if anyone will ever read it, at least I didn’t. I was more interested in Yejide and Akin, their deepest if unacknowledged desires, their flaws. I found those two endlessly fascinating. Of course, I must have been thinking about themes, just not primarily. For instance, it wasn’t that I set out to write about motherhood, I wanted to write about Yejide and she happens to be motherless child who desperately wants to be a mother.

On the alternating first-person narratives — and why the novel couldn’t have worked any other way:
Stay With Me is a conversation between two people who are coming to terms with their shared past and reaching divergent conclusions about the possibilities in their future. I wanted to have both voices in the novel but I experimented with different points of view before sticking to first-person for both narrators.

On studying in a workshop with Chimamanda Ngozi Adichie and how it shaped her writing:
These days, I think of myself as a re-writer because I go through several drafts before what I’ve written begins to resemble what I’ve imagined. Yet, before I participated in that workshop, I’d never given serious thought to rewriting and self-editing. After the workshop, both became essential parts of my process.

On Margaret Atwood’s influence:
I was studying Creative Writing at the University of East Anglia when she was a Unesco Professor of Literature there and I had the opportunity to workshop the first chapter of Stay With Me with her. The first Margaret Atwood book I read belonged to my mother, and somehow, Atwood was reading my work and taking me seriously as a writer. It’s difficult to articulate how validating that was.

And what’s next:
The immediate future looks very bright, I’ll be settling in with some cookies and a tub of ice-cream. In the not too distant future, I’ll be working on another novel.