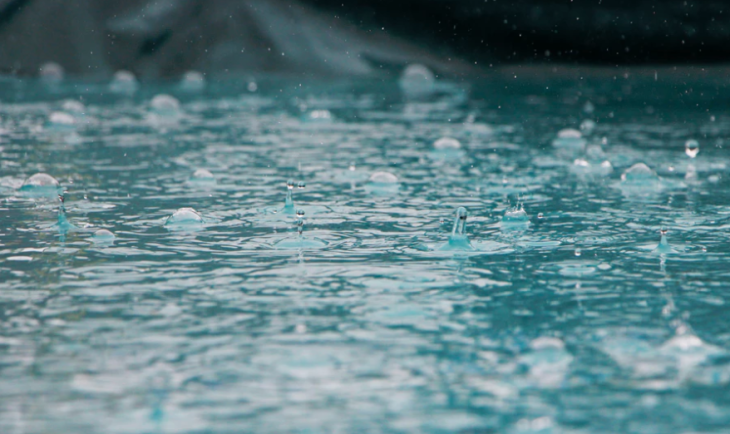 There have been some water issues at our house.

First I found a drip in the ceiling of a basement closet, which was eventually traced to a slow leak in a pipe in the dining room wall (the wall, when poked, had the consistency of angel food cake and had to be torn out, then un-insulated, professionally heated, dried, re-insulated, rebuilt, etc.)

About the time that project was wrapping up, the hot water heater ruptured and flooded half the basement. We have what’s known as an “English basement.” It has windows and a sitting room and a screened porch. People come and live in our basement for extended periods of time. Patrick Ryan has written many brilliant short stories in our basement. The basement is where the books are.

While the plumbers scrambled, and my husband went off to work, and the team from Emergency Water Removal arrived for the second time in two weeks (great guys, if you’re ever in the market for emergency water removal), and Sparky tried to be helpful by drinking his weight in flood water, I saved the books. Actually, I was saving the bookshelves, which have about a four inch lift on the bottom. I stacked Walter Abish’s How German Is It through David Halberstam’s The Children on the dry side of the room so the shelves could be pulled out of the water.

We have a lot of books, and I’m fierce about weeding them out. Or I thought I was fierce. While sloshing back and forth in my bare feet with my dog slurping up the drink, I was torn between the desire to throw books away and the desire to sit down in the gentle stream of my basement and read.

Books I Own and Don’t Want to Read

– The Workshop: Seven Decades of the Iowa Writers Workshop, edited by Tom Grimes. It must have been a gift. It’s huge.
– Birdsong by Sebastian Faulks. Two copies. I’ve had at least seven over the years. People cannot stop giving me this book and telling me how great it is. I’ve tried.

Books I’ve Read and Do Not Need to Keep

– 5000 Nights at the Opera by Sir Rudolf Bing. Only one of a dozen books about opera I found before reaching the letter ‘H’. I’m not going to read any of them again because I’m not going to write another book about opera.
– Moll Flanders by Daniel DeFoe. It was good but I’m never going back.
– City of Quartz by Mike Davis. Paranoid nonfiction about Los Angeles. Probably pretty dated by now.
– One River by Wade Davis. The stories of man’s inhumanity to man in the Amazon should be read once, not twice.

Books I’ve Read and Loved and Will Read Again

This list could be MUCH longer, but it was interesting to me that the books I felt myself wanting to pick up and re-read on the spot were the story collections. All the Raymond Carver was there too, but then so was Joan Didion, and Raymond Chandler, and Dickens, and Austen.

Books I Will Read Someday

– The Battle for God, by Karen Armstrong, along with several other Armstrong titles I haven’t read.
– Son of the Morning Star, by Evan S. Connell. I read Mr. Bridge and Mrs. Bridge. I’ve always heard Son of the Morning Star is his masterpiece.
– Possession, by A.S. Byatt. I know, I know.
– Updike, by Adam Begley. A giant Updike biography sounds like heaven, and it got such good reviews.

Books that Clearly Belong to My Husband

– The Dyer’s Hand, by W.H. Auden
– The Life of Samuel Johnson, by James Boswell
– The Order of Things, by Michael Foucault
– Bobby Fischer Teaches Chess

I could do an entire post on this category. I think it would be hysterical.

Books I Was Thrilled to See Again

– The Nutshell Studies of Unexplained Death, by Corinne May Botz. One of my favorite books of all time and it’s out of print — tiny recreations of murder scenes. Ask if you want to borrow my copy.
– Dandelion Wine, by Ray Bradbury. A birthday present from my mother the year I turned 12. Parents! When you give your child a book, write that child a note in the front pages. Do it every time. When she is 53 and standing in her flooded basement it will move her to tears.
– My Sister’s Hand in Mine, by Jane Bowles. I like Jane Bowles so much better than Paul Bowles.

Books I Meant to Read and Will Never Read

– The Trauma of Everyday Life, by Mark Epstein. The review made it sound so fascinating but I never got around to reading it, and then the moment passed, and now I likely never will.
– Poems, Poets, and Poetry, by Helen Vendler. Mis-shelved! And that’s probably not the reason I’m never going to get around to reading it.
– The Letters of Noel Coward. I hope I’m wrong about this one. I would love to read Noel Cowards’ letters, and it’s a gorgeous volume.

Part of the reason to own books is that they create a record of our past: passions, missteps, aspirations and intentions. They are the physical manifestations of what we were thinking at the different times in our lives. People can look at our bookshelves and know something about us, who we are and who we hoped we would be. So come to Parnassus and get some books. Take risks, make mistakes. We want to know what you’re reading, as well as what you’ve always meant to read or want to read again.

(See Ann tomorrow, Thursday, April 27, in conversation with Elizabeth Strout about Strout’s wonderful new book, Anything Is Possible — 6:30 p.m. here in the store!)