The ParnassusNext YA subscription box selection this month is Aftercare Instructions, the debut YA novel by Bonnie Pipkin. The story centers on a girl named Genesis, who is abandoned by her boyfriend at a Planned Parenthood immediately following an abortion, and her ensuing journey of self-discovery. Fellow YA author Estelle Laure (This Raging Light, But Then I Came Back) interviewed Pipkin about the soul of the book and its subject matter — a topic that’s often hard for people to talk about.

EL: In addition to rocking this book launch and all the great coverage around it (being selected for ParnassusNext, being named to “Best Books of June” by iBooks, being chosen as Bustle’s American Women Book Club selection, and more) you are also rocking the hell out of the conversation around abortion. As you know, because I don’t shut up about it, my favorite thing about this story is what you don’t do. You don’t hem and haw and have Genesis go, “Should I or shouldn’t I?” You don’t even entertain having her trapped in shame. This story is about Genesis afterward. Can you tell me how you came up with that genius idea? 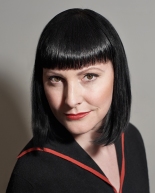 BP: It was always important to me to write a story about abortion that wasn’t solely about abortion. It’s not that I’m silencing the subject. It’s that women you know and love have had abortions, and that doesn’t become the defining mark of their existence. Genesis has an abortion at age 17 and then has to keep living her life. I’m not trying to say that the experience doesn’t take processing, reflection, and care afterward. I’m saying that it doesn’t ruin your life. It doesn’t have to. It’s a choice — one you can make without shame and hopefully, one day, without politics.

EL: I know you’re a huge supporter of Planned Parenthood. (Me, too.) Can you talk a little about the Planned Parenthood fundraiser you did leading up to launching this book and why you were inspired to do that?

BP: I started going to Planned Parenthood when I was 16 and first sexually active. I was able to empower myself and my choices with my body because of this organization. I was able to get annual exams and STI screening and choose the right birth control. After a couple of mishaps, I was also able to get the morning-after pill. I knew my options and I made my own decisions. Because of this affordable option for care, I still go to Planned Parenthood at age 37. With this book, I want to align myself with the organizations that have helped so many people. Not just young women, but all genders, colors, and orientations. I was receiving so much attention during the release — giving some of that energy back was important. And we raised $2,785 in the week leading up to the launch!

EL: I also know that you’re a huge supporter of the arts. In fact, I think of you as a person who expresses all her considerable love for the world through various forms of art. You sing, you play instruments, you perform with puppets — you basically express yourself in a joyful way. Why was it important for you to share that with your readers?

BP: As much as Planned Parenthood has saved my life, so has art. And in the book, Genesis has to rediscover her love for theater as part of her healing process. So, it was definitely important to share that with my readers. We’re all just a bunch of people trying to be heard. And art and music are a wonderful way to express our thoughts and feelings. We also have to remember to listen to the young people who are creating and engaging. That’s why I worked for so long writing and producing plays with teenagers in underserved communities in Brooklyn. To watch the growth in my students from the beginning of the program to the end, and the empowerment that came through creating art, was the most rewarding part of the experience. I got to watch these drama misfits band together for the first time and see how they felt stronger and braver together. I found my own fellow misfits when I was young, and I always felt free to express myself. I know not everyone has this, but your team is there if you look for it.

EL: This is touchy, so I want to talk about it: how do you feel about your audience being so young? For the more conservative parents of teens, what would you say to them about their kids reading a book about a girl dealing with the aftermath of an abortion? And how would you feel if this book ends up being banned?

BP: I have conservative parents and somehow ended up liberal. Books were very important to me as part of this rebellious discovery. Reading the beat poets and Henry Miller and Anais Nin and Kurt Vonnegut and digging into the work that was being challenged and banned was very influential for me. If it were to be banned, I am of two minds. On one hand, I know the type of young reader who may seek out banned books, because I was that kid. You want what you’re told you can’t have, and you’ll seek it out. But also, if it’s banned, then where does that reader get it? If they can’t afford to buy it and it isn’t in their library, that sucks. I am OK with taboo as a means to create allure. But banning takes away access.

For parents of teens who want to read this book, I would say that when your child is ready to learn about something, they will seek it out. It’s important to protect, but it’s also important to expose children to real life. And this is real life. Restricting access to books won’t save your children. But having open and honest conversations with them while they experience the world through books and media and so on just might.

EL: You did this great “27 days of gratitude” on Instagram leading up to your book release. So let’s finish up with some of that action. Who were your biggest influences and inspirations while writing this novel? Was there anyone in particular who said something, or a book you read that helped you connect the emotional dots?

BP: Going back in time, before I ever even dreamed of this story, I think my first exposure to abortion came from movies. I was obsessed with Dirty Dancing as a kid, and the botched abortion scene was always puzzling and troubling. Then of course there was Fast Times at Ridgemont High. While I was working on the book, the movie Obvious Child was recommended to me, and I cannot recommend this movie enough for an honest experience.

But we’re talking about books here. I sought out books with this topic in them, and they are surfacing more and more, but there still aren’t a lot. There’s the historical angle with In Trouble by Ellen Levine. There’s Rita Williams-Garcia’s Like Sisters on the Homefront and Stephen Chbosky’s The Perks of Being a Wallflower. While I was working on the book, Exit, Pursued by a Bear by E.K. Johnston came out. I was also very inspired by a Project Voice, which is an online space for people to share their stories. The idea is that the more people who share their experiences, the more we can open up conversation and represent the range of different experiences.

In my real life, away from books and stories, I have a solid girl group, and within this group, there have been abortions at various ages and stages in life. It’s just one part of the patchwork of experience. I soak in life, and I escape to books. And I do my best to listen. I guess these are some of the emotional dots that led to the actualization of this book.

Estelle Laure’s This Raging Light was a ParnassusNext selection in 2015.