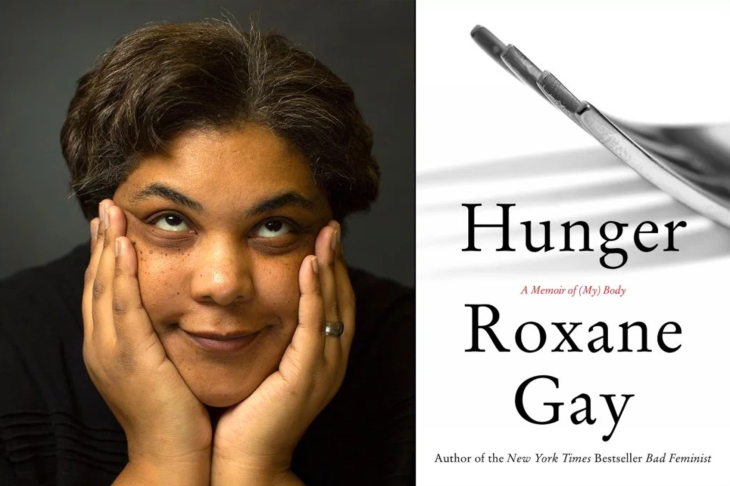 “I ate and ate and ate in the hopes that if I made myself big, my body would be safe. I buried the girl I was because she ran into all kinds of trouble. I tried to erase every memory of her, but she is still there, somewhere. . . . I was trapped in my body, one that I barely recognized or understood, but at least I was safe.” – Roxane Gay, Hunger

We could keep quoting from the new memoir by New York Times-bestselling author Roxane Gay, but we’d rather readers experience it themselves. Hunger is the Parnassus First Editions Club pick for July, a thoughtful meditation on a woman’s body and its meaning to her comfort, pleasure, beauty, fear, and both mental and physical health. Here’s why you should pick it up:

1. Because she’s one-of-a-kind. Although Gay’s story of being assaulted as a child and struggling with her body for years afterward will feel familiar to many women, her voice and style are unique. A graduate of Yale and a professor at Purdue, she’s been honing her craft for decades while experimenting with the best forms and forums for telling her stories. She has mastered the novel, the short story, the essay — even the Marvel comic. A recent profile in Elle noted: “Roxane Gay is many things—critic, social media firebrand, college English professor, self-described ‘love child’ of Beyoncé and Ina Garten, bisexual Haitian American PhD, and romance-novel fan. She is both utterly without shame when it comes to exposing the most raw parts of her psyche and, she says, painfully shy. But one thing she is not: coy.” She is, as the LA Times called her, “ferociously honest.”

2. Because it’s not predictable. This isn’t your typical book about weight and body issues (thank goodness). A review in The Atlantic explains: “What is often deemed the most intoxicating part of weight-loss stories is the moment of triumph. Think, confetti showering the winning contestant on a reality show, a newly svelte celebrity swimming inside their ‘fat‘ jeans, or Oprah underscoring in a Weight Watchers ad that she can, in fact, eat bread every day. At a time when there is no shortage of recommendations for women on how to discipline or make peace with their bodies, Roxane Gay’s book stands out precisely because she begins it by declaring that she hasn’t overcome her ‘unruly body and unruly appetites.'”

3. Because she took the time to do it right. As Gay told Vogue: Although she was afraid to face the material in this book, “I just did it anyway, which is how I’ve approached most of the difficult things in my life where I’m terrified . . . I dragged my heels and delayed the book by a full year because of that, and it’s okay, because this pressure to put out a book a year is unrealistic, and I was concerned with putting out a good book rather than just a book.”

4. Because it deals with things we need to talk about. Gay writes: “I do not want pity or appreciation or advice. I am not brave or heroic. I am not strong. I am not special. I am one woman who has experienced something countless women have experienced. I am a victim who survived. It could have been worse, so much worse. That’s what matters and is even more a travesty here, that having this kind of story is utterly common. I hope that by sharing my story, by joining a chorus of women and men who share their stories too, more people can become appropriately horrified by how much suffering is born of sexual violence, how far-reaching the repercussions can be.”

5. Because you could meet her in person! Sure, it’s fascinating to listen to Gay’s candid interview with Terry Gross on NPR. But wouldn’t you like to read the book and then talk with her about it face-to-face? Speaking of which, please join us: 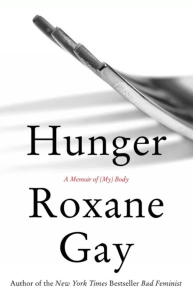 Tickets available online here for this free, ticketed event. Details: You may purchase your ticket in advance or get a ticket on-site on the day of the event. (There is a $2.50 online purchasing fee for online ticket orders) If you do not purchase in advance, plan to arrive early for the on-site ticket line; there will not be alternative viewing locations once seats have been filled. To join the signing line after this event, you must purchase a copy of the author’s latest book from Parnassus Books. As a Salon patron, you will receive a 10% discount!

The Salon@615 event series is a partnership among Parnassus Books, The Nashville Public Library and Foundation, BookPage, and Humanities Tennessee. We hope to see you there.