On the surface, The Leavers by Lisa Ko and Chemistry by Weike Wang are two very different books. The Leavers takes place over a decade, telling the story of a young man searching for his mother after being separated from her as a child in New York and raised by adoptive parents. It won the 2016 PEN/Bellwether Award for Socially Engaged Fiction, a prize created and selected by Barbara Kingsolver. Chemistry gives us two years in the life of a high-achieving young scientist trying to make sense of all the parts of her life that don’t follow a formula: love, family, friendship, and career. It’s a coming-of-age romantic comedy that’s also deeply intelligent. 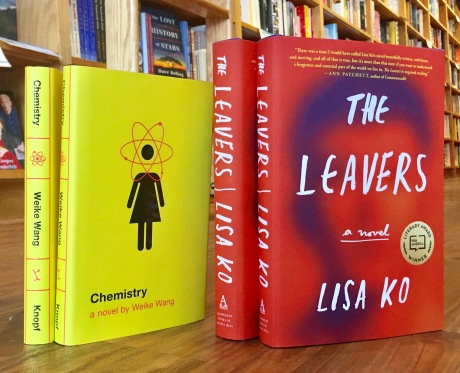 But these debut novels have some similarities, too. For starters, both hit that sweet spot where literature and entertainment overlap — neither too heavy nor too light for a summer read. In their own ways, both books also address common themes: strained relationships between parents and young adult children; the struggle to reconcile who you’ve been with who you’ll become; and life in America for first and second generation Chinese immigrants. (If we were to add a third book to this club, it would be Jade Chang’s The Wangs vs. The World.) They make a delightfully complementary pair — which made us wonder, wouldn’t it be fun to talk with both authors together?

We hope you’ll join us on Thursday, June 1, when Ko and Wang will be in conversation with Ann Patchett here in the store. (Read what Ann thinks about these books, today in The New York Times!) Meanwhile, get to know them a little better as they take our Authors in Real Life quiz and tell us what they’re up to when they’re not writing.

WW: Thomas Hardy’s Far from the Madding Crowd on audio. No offense to Hardy, but it has been helping me fall asleep. Music-wise, I just put Spotify on. I don’t really have a good sense of artists and musicians, but any upbeat song is good for while I’m riding the subway and reading. There was a strange period while I was studying for my doctoral qualifying exams and slightly losing it that I was listening to Mariah Carey nonstop.

WW: Planet Earth. Blue Planet. Naked and Afraid. Anything nature-oriented or with humans facing the wrath of nature. Embarrassingly, I also like to watch wedding shows like Say Yes to the Dress. It is good background noise while I clean.

Something I saw online that made me laugh, cry, or think. . .

LK: I recently discovered, while searching for a recording of the “losing horn” sound on The Price is Right to post with a picture of Paul Ryan’s face on Twitter, that there’s an entire genre of YouTube videos called “10 hours of [fill in the blank].” Like, 10 hours of the He-Man theme song on repeat, or 10 hours of the sound of Darth Vader breathing. I was really into the 10 hours of Price is Right theme remixes, of course. (I have yet to listen to one of these videos for an entire 10 hours, but it means so much to me that they exist.)

WW: I sometimes have trouble sleeping. I thought about taking Ambien. Then I read all the strange side effects (hallucinations) that can occur when you are on this drug. I started reading a cartoon series that features an Ambien Walrus. I laughed and cried but in the end, decided that Ambien was probably not for me.

WW: I am a ramen fiend. That is generally my go-to comfort food. I also like bibampap. Both ramen and bibampap I have every month, along with a glass of rice beer and they usually cheer me up. This sounds a little stereotypical now. I also went to New Orleans recently and had the best gumbo of my life.

A creator who’s doing something I envy . . .

WW: I envy a lot of writers. But here is a non-writer creator: Robert Lang is a physicist who used to work for NASA but now makes intricate origami animals through a computer program that he created. How cool is that? 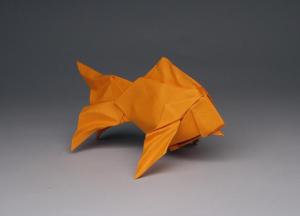 A book I recently recommended to someone else . . . 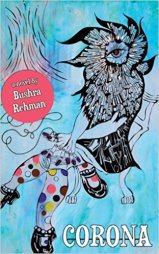 WW: The Stranger. My boyfriend read it many, many years ago and has been trying to convince me to read it. I finally read it. You know how they usually say the woman is right? Well, he was right.

The last event I bought tickets to was . . .

WW: Most recently, I bought an Amtrak ticket to Boston to defend my thesis. Before that I bought New York City Ballet tickets to see The Nutcracker. It was great. I took a friend who had never been to a ballet show before. Afterward, he said, wow, I can’t believe those songs came from this ballet.

LK: I recently went to the Philippines, where my parents were born and raised, for the first time in 15 years. It was my first time traveling there with my partner, whose family is from there, too.

WW: Florence. Because I’m getting married there next year. 🙂

WW: All the other languages in world except for English and Chinese.

My favorite thing about bookstores . . .

LK: The smell of books. Getting lost in the aisles and dreaming. All that possibility.

WW: That some have cafes. And that they have bathrooms.

Come meet authors Lisa Ko and Weike Wang
In conversation with Ann Patchett
Thursday, June 1, 2017, 6:30 p.m.
Right here in the store
This event is open to the public and free to attend!

Can’t be in Nashville that night? Order the books now and request signed copies in the notes section on the checkout page. We’ll have them autographed and sent to your door!