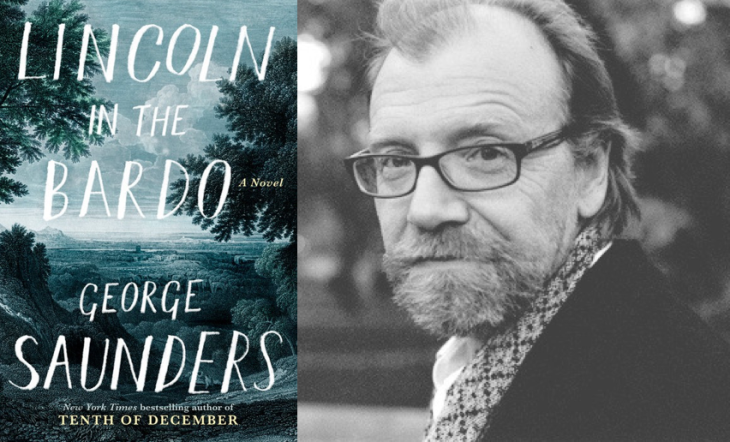 In February 1862, nearly a year into the bloody battles of the Civil War, Abraham Lincoln’s 11-year-old son, Willie, dies of typhoid fever. Newspapers report that the grief-stricken President returns to the Georgetown cemetery by night to visit Willie’s body. That much is true. This much is fiction: One night, the President’s visit to the graveyard becomes a conversation with a colorful cast of ghostly characters, spirits stuck in a state of purgatory called the bardo, all of whom have a story to tell. 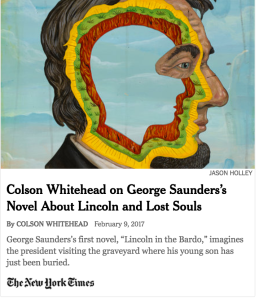 So that’s what Lincoln in the Bardo is about, but Colson Whitehead’s review for The New York Times gets at what it’s really about: “Like the ghosts we know from stories, they are tied to their former existences, trapped by an idea of themselves, and can’t leave until they are ready; perhaps you recognize their dilemma from your own life, when you have been stuck between one obsolete version of yourself and the new version waiting just ahead. Maybe all you need is the right push.” Who doesn’t relate to that?

If the idea of tales from the tomb strikes you as a little dark — or if you think you don’t like stories set in the past — think again. From The Washington Post: “Lincoln in the Bardo is no solemn work of historical fiction.” In fact, it’s thrilling, entertaining, and even “erratically funny.” We agree, and we loved it so much we made it the February selection for our First Editions Club. (There’s still time to sign up if you’d like an autographed first edition in the mail!)

Saunders answered a few questions from our editor, Mary Laura Philpott, in advance of his visit to Parnassus Books for a discussion and signing on Friday, February 24:

We love hearing about the twists and turns along the way to a book’s existence. Would you mind telling me a bit about the elements in this book that you’ve tried to work with before and how they finally clicked for you? 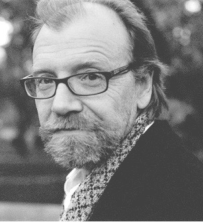 GS: Sure – I worked for a few years on a book set in an upstate New York graveyard. This was right when chat-lines were new and I loved the way that looked on-screen — the attribution, and then the free-flowing text, which was often interrupted by several responses at once. There was something unmoored-sounding about it that I really liked. So I was playing with the notion of a bunch of ghosts talking back-and-forth in this way, in a graveyard upstate. The shtick was that all of the dead had to sort of eulogize (or roast) whoever was “incoming.” There was a very old woman set to die that night, and the book was a sort of review of her (sad, lonely) life.

There were some good things in it but not much forward momentum, and, as I recall, it got to about 100 pages and then collapsed of its own inactivity. But I liked the surface energy of the form — the sense of these dead people yapping to and (mostly) past one another, obsessing on (of course) their own stuff — their grievances and sorrows and so on. And that formal thing eventually made its way into this book.

Your novel reminds me of something Ann Patchett said regarding Commonwealth, which was that at its core it’s about “realizing that the essence of your life, and so the essence of your death, is something you carry with you.” Is that a thought you struggle with, or do you find you’ve made peace with it?

GS: I loved Commonwealth so much, and that is a beautiful notion. I think the way one would come to grips with this notion is to be working all the time, and as much as one could, to figure out just what was “the essence of your life.” One way I’ve heard this expressed is that, whatever is going on in us right now, is likely to bear some resemblance to what will be going on in us at the moment of death, and thereafter, even. So I find that sort of heartening (also terrifying) — it’s not totally out of our control, how we go to meet our end.

I’ve been thinking about death since I was a little kid, I think. I can remember lying one room over from my grandparents, hearing them breathe, engaged in this neurotic little thought-experiment: “Old people die; they are old; therefore…(insert emoji of terrified looking kid here).”

Do you think there’s a common age or phase of life at which people naturally turn their thoughts more to mortality?

GS: For sure, I find myself thinking about death these days (at 58) in a more immediate way — or maybe it’s not death, so much, but the notion that one is entering a narrowing track of sorts. A lot of the dopey (and gorgeous) notions of youth burned through, a lot of the wonderful milestones of life achieved, a sense that one’s capacities will (eventually) peak and then, uh, diminish. Well, I’m making it sound so depressing! In a way it’s actually kind of cool — a period of looking the beast in the face, if you will — that makes the world seem even more crazily beautiful than usual.

Anyway, thank goodness the microbots and artificial organs will be here in no time at all, along with the miraculous hair implants and the bicep-restoring products and so forth.

The concept of the bardo opens up so many possibilities for storytelling. What is it about liminal spaces — the spaces in-between — that draws your imagination?

GS: In this case, it was just a chance to look afresh at life, by looking at that time just after life is over. So: the dead in the book are just like they were in life, only more so (the minds unconstrained by body); the community of the dead is just a like a real community (the selfishness and desperation and loneliness more acute).

I’m always looking for a way to produce text that feels new and “jangly.” I don’t have too many pre-notions about what I want to write about or any of that. Mostly I am just feeling my way toward a certain energy or a feeling of potentiality, of fun . . . trusting that having fun with language over a prolonged period of time will, of necessity, produce some sort of meaning and themes and so on.

On that note, what books do you recommend people read in times of transition or upheaval?

GS: When Things Fall Apart, by Pema Chodron (or, really, anything by Pema Chodron). She writes, often, about how addicted we are to feeling in control, and how this leads us to resist what might be actually happening in a given moment. And Red Cavalry by Isaac Babel — this is a great literary representation of what chaos feels like as it’s happening.

Thank you! And finally: what’s one thing you love about independent bookstores?

GS: Something a good independent can offer that is very rare elsewhere is simply the presence of passionate readers who know their customers and can apply their intuitions as they attempt to guide that customer to something that will prove meaningful to her. No algorithm can do this with as much nuance or friendship.

Friday, February 24, 2017, 6:30 p.m.
at Parnassus Books
DETAILS: This Salon@615 event is free to attend and open to the public. However, tickets are required to join the signing line at the end of the event. Your signing line ticket comes with your purchase of Lincoln in the Bardo from Parnassus Books in-store or online. The Salon@615 series is a unique partnership among Parnassus Books, the Nashville Public Library and Foundation, Humanities Tennessee, and BookPage.