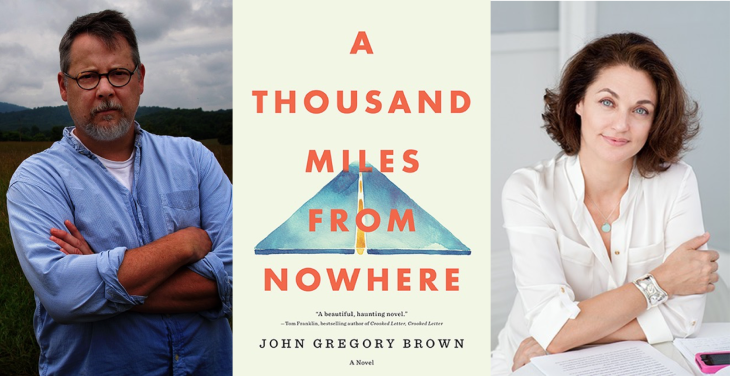 Everyone interested in the process of how a book makes it from a writer’s imagination to the light of day in a bookstore, listen up: John Gregory Brown, author of the new novel A Thousand Miles from Nowhere, and editor Lee Boudreaux will visit Nashville together this week to discuss how they worked together to bring out the best in Brown’s new story.

You may have read about Boudreaux in her fantastic interview with Lit Hub earlier this year. You’ve likely read at least one of the books she has edited in her legendary career (Prep, The Family Fang, The Story of Edgar Sawtelle, Your Heart Is a Muscle the Size of a Fist, among many others), which included stints at Random House and Harper Collins before Little, Brown launched her eponymous imprint, Lee Boudreaux Books, in 2014.

You can read more about Brown’s novel in this great review by Chapter 16 for Humanities Tennessee, but here’s the gist: “Even before Hurricane Katrina, Henry Garrett was a mess. Now, stranded in Virginia, he must choose whether to give in to his demons or face his own challenges. In A Thousand Miles from Nowhere, novelist John Gregory Brown uses the aftermath of the hurricane as a lens through which to examine the possibility of human redemption.”

Come see Brown in conversation with Boudreaux this Thursday, July 14, at the store. In the meantime, please enjoy a preview right here on Musing, where both author and editor were kind enough to answer few questions for our own editor, Mary Laura Philpott.

John, what was it like working with Lee? What did she bring to the book as an editor that you couldn’t have seen in it yourself?

JGB: It’s simply not possible to list everything that Lee brought to this book, but more valuable to me than anything else was her great capacity for enthusiasm, not just enthusiasm of the cheerleader variety — was Lee once upon a time an actual cheerleader? That’s a very fine question to put to her — but a much deeper, more meaningful enthusiasm, one that arises out of her conviction that stories truly matter and she will do everything possible, and I mean everything, to reach the audience for which those stories are intended.

Lee is forever reading like a reader rather than an editor, which may seem like a simple thing, but it really isn’t. She reads prepared to be swept up into a story, to be moved or surprised or transported. And she brings the reader’s engagement to her editing. Yeah yeah yeah, she said to me more than a few times when I was letting the story slip away. Let’s get back to this because this here is what I want to know.

As a teacher, you’ve served as an editor for your students. What have you learned from working through the editing process as an author that you’ve been able to apply to helping others become better writers?

JGB: The greatest lesson for any writer is that it’s okay to be edited. It’s not just okay; it’s necessary. We write for an audience, and we need help knowing how that audience is responding to what we’re writing. That’s what editors do. It’s a lot like having a spouse or partner who loves you enough to stop you when you’ve made a poor sartorial choice and say, “You’re not really going to wear that to the party, are you? You’d look so much better in this.”

Lee, there’s a whole network of people and organizations working together to put books into the world: writers, editors, publicists, booksellers, reviewers… What makes you especially suited to your role as an editor? 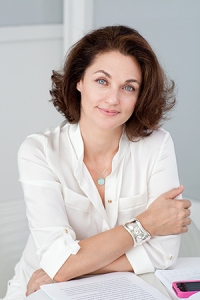 LB: Bless their hearts, every one of them! I’m currently reading Avid Reader, the memoir of legendary editor and publisher Robert Gottleib, and he has a wonderful line about realizing the art of publishing is largely one of making your own enthusiasm public. So while I think of myself as an introverted bookish recluse, the kind of kid who dreaded being called on in class, I am, apparently, also LOUD! And CHATTY! And VERBOSE! And ENTHUSIASTIC! There’s honestly nothing I’d rather do than talk about a book I love to a receptive audience of other eager readers. It’s entirely possible that my colleagues only read the books I ask them to read to get me to shut up and let someone else talk!! Another plus for an editor: I take endless pleasure in reading the same book over and over and the really excellent books never get tiresome. The same scene that made me snort with laughter the first time will have the same effect on its fifth edit.

Is there any part of the book business you wouldn’t want to work in?

LB: There’s not really a part of the business I wouldn’t want to work in. I worked in a bookstore in Atlanta before I came to New York to scare up an entry-level assistant job, and I think I’d enjoy being in a store again. Y’all let me know when you’re hiring! I’d probably make a poor agent. And I wouldn’t want to design my own book covers . . . neither would my authors!

What’s the greatest obstacle in the whole process of helping a book take flight, and what’s your approach to overcoming it?

LB: There are just so many books published each year, each month, each week. To say nothing of all those non-book ways to spend your spare time. We live in a sound-bite culture and it’s awfully hard to get a chorus of voices talking about the merits of a book all at the same time — which, increasingly, is the narrow little window right at publication. My approach to overcoming that is numbingly old school. You edit the book with fierce attention to every word and every detail, you give the final manuscript to other readers as early and often as you possible can, and then you pray like hell that great booksellers and reviewers and readers will start that magical process known as word-of-mouth.

We were talking in the back office of the store the other day about back-cover / front-flap copy on books, and how difficult it must be to come up with fresh language to make a book stand out. (This book, for example, is billed as a “tragicomic tour de force.”) How hard is it to boil a book down to its essence like that? Is there any trick to what to include to hook a reader?

LB: I always think the reader needs to be exposed as quickly as possible to the magical, ineffable thing that hooked me, and that’s the author’s voice and unique outlook. So I involve the author in the copy as soon as possible. I’ll take a stab at it, but it never feels like it has a pulse until they’ve breathed life into it. And I’ll often read the flap copy of a good handful of other books to get myself in the mood for what I’m trying to say. And I’m definitely not above ripping off the agent’s submission letter!

Of course, the more you love a book, the harder it is to boil it down to 300 or so words. You want to convey the particularities of its setting, and you want to talk about the incredible characters, and you’re dying to offer a taste of the emotional payoff to come. Brevity is the hard part! But we talk about our books all the time, to colleagues, to competitors, to agents, to booksellers, to our oh-please-not-again spouses, to our moms . . . So we get pretty good and knowing which points to hit, given a limited time in which to describe a book, and which leave people glaze-eyed.

A Thousand Miles from Nowhere

Author John Gregory Brown in conversation with Lee Boudreaux
Thursday, July 14, 6:30 p.m.
at Parnassus Books
FREE to attend and open to the public