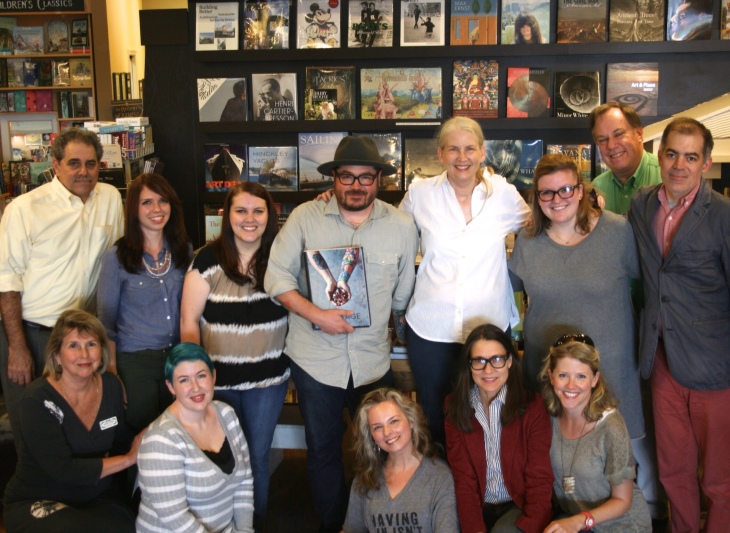 We’re not supposed to admit to having favorites, so we won’t. But if we did have favorite authors, they’d be the ones who are down to earth and up for a little fun behind the scenes. Case in point: James Beard Award winning superchef Sean Brock (of the growing restaurant empire that includes Husk in Nashville and Charleston) came by to sign copies of his beautiful first cookbook, Heritage, and we ended up having a little spontaneous hangout.

Brock signed books so efficiently that we ended up with a lot of time left over before his ride came back to pick him up. What to do?

Then, alas, our time was up, and all of us — Brock included — had to get back to work. The good news is that we’ll be seeing him again soon, TWICE. Take your pick of events and join us, won’t you?

First, Brock will be at The Hermitage Hotel this Tuesday, October 28, for his official book launch. $90 includes the full Heritage experience: Savor the food, sip the cocktails, and go home with a gorgeous, autographed first edition of  the book — one of the very copies he was signing at the store!

Next, Brock joins us on December 3 for a very special event in conversation with his friend, singer-songwriter Jason Isbell (one of our favorite musicians ever, if you hadn’t guessed from the soundtrack on that video up there). There are only a limited number of tickets for this one, so if you want to go, grab yours now. With your $45.50 ticket package, you not only gain entry to this exclusive event, you get a signed first edition of the book! See you there.

We may be the bookish sort, but we’re excited that our hometown team has a chance to advance to the Big Game! Go Titans! . #titanup⚔️ #letsgo #sports #books #football #tennesseetitans #takeeverything #tannethrill #kinghenry #indiebookstore #nashville