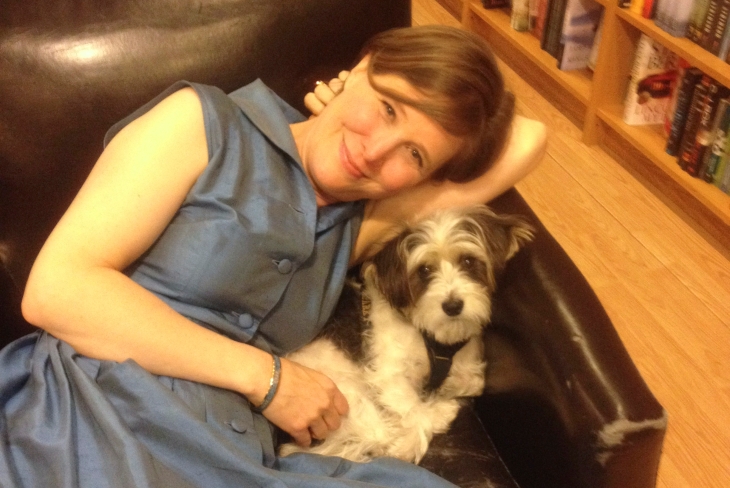 Okay, okay, I know I said I was retreating from the book reports, but all I meant was that I was freeing myself from my own sense of obligation. I’ll still write them when there’s a book I want to talk about, which happens to be the case.

So much of the reading I do isn’t very helpful in terms of writing these reports. For example, the book I’m reading right now is Esther Freud’s new novel, Mr. Mac and Me. I love it. It’s exactly the book I want to recommend, but it isn’t coming out until January. It isn’t helpful to anyone for me to mention it now, but I worry that I’ll forget to mention it in January, or I’ll be unable to recapture my enthusiasm when it finally comes out.

That’s what brings me back to this book report. I just read an advance galley of Marilynne Robinson’s new novel, Lila, which won’t be coming out until October. I loved the book, as did the erstwhile Parnassus bookseller Margy Roark, who shared the galley with me. It’s the third novel Marilynne Robinson has written about a small handful of characters in the fictional town of Gilead, Iowa. I wouldn’t call these books a trilogy. For one thing, it seems completely possible to me that Robinson will mine this vein for the rest of her writing days, and she should. For another thing, the books don’t build on one another. They sort of sit beside each other, quietly informing our understanding of the larger story while still working beautifully on their own. The first book, Gilead, tells us about John Ames, a minister who is 77 in 1956. He had a late marriage to a much younger woman and now has a six year old son, the blessing of his life. Finding himself in failing health, Ames wants to write a letter to his son to remember him by. The journey brings up memories of his own father and grandfather, and while the story is being told he must also deal with his feelings of dislike for the grown son of his best friend Boughton. Gilead is a spare and spiritual book that requires no spiritual affinity from the reader.  It won the Pulitzer Prize in 2006. Maybe you’ve already read it.

Or maybe you’ve read Home, which was published in 2008. It’s the story of John Ames’ best friend Boughton, his daughter Glory, and that same difficult son, Jack. The Ames family recedes but they’re still close by. I found it every bit as satisfying as Gilead.

The new book, Lila, the one you won’t get until October, is about John Ames’ young wife and how she got to Gilead. Do you see the pattern here? It’s like a series of overlapping circles. It wouldn’t actually matter which one you read first or second or third, but these books are short and October is far away. I thought you might want to read the first two while you waited for the third, which is why I wanted to tell you about Lila, the book you can’t actually buy yet.

Which leads me to another October release, Republic of Imagination, by Azar Nafisi. I was a huge fan of her book Reading Lolita in Tehran: a Memoir in Books, which turns the importance of reading into a life and death matter. It also helps if you’ve read the books she’s talking about, and there were so many of them — Lolita, of course, and Daisy Miller, The Great Gatsby, 1984, The Handmaid’s Tale, the list goes on. Her new book is a discussion of three texts which she sees as central to the American experience: The Adventures of Huckleberry Finn, The Heart is a Lonely Hunter, and Babbitt. I had read the first two but I’d never read Babbitt. Wasn’t now the time, before the new Nafisi book was published? When I told Kathy Schultenover (who does such a terrific job with the Parnassus book club) what I was reading, she all but swooned. She loves Sinclair Lewis and has read all his books.  She’s read Babbitt THREE TIMES. She despairs that no one is reading Sinclair Lewis anymore. I love this woman.

So I went to Maine with a copy of Babbitt and I’m here to report that Kathy was right, it’s great. It’s really unlike anything I’ve ever read before. Babbitt is a petty, self-important man who is broken by the world and finds redemption, but it’s not exactly a book you read for plot.  It’s all about the writing — which snaps and crackles on every page — the characters, and the view of where our country is headed. Sinclair Lewis won America’s first Nobel Prize in literature, and as far as I’m concerned, and as far as Kathy Schultenover is concerned, he deserved it. I spend so much time reading books that will be published in the future that I was grateful for a book that made me turn back to something important that I’d missed.  While you’re at it, you might want to glance over Huck Finn (when is the last time you read that one?) or Carson McCullers’ beautiful and ever-depressing The Heart Is a Lonely Hunter. Or you might want to read Reading Lolita in Tehran, which, given the present state of the world, will be just as vital as it ever was.

I met two wonderful women in the store last week. One was about my age and lived in town. She brought in her aunt, who was in her early 80’s and visiting from Milwaukee. The aunt was a Catholic sister named Ann. I have a well-established fondness of nuns, and I have to say Sister Ann of Milwaukee was one of the best people I’ve met in awhile.  We fell into a passionate conversation about books. I wanted to give her something to take home but everything I could think of, starting with Gilead and Home, she’d already read. It was comical. I kept pulling things off the shelf and she would say, “Oh, yes, wasn’t that wonderful?” I couldn’t get anywhere with this woman. Then, in a moment of sloppy desperation, I pulled out one I was sure she had read, Let the Great World Spin, by Column McCann. She looked at the cover, looked at the back. She shook her head. She’d never heard of it.

I nearly wept. I was going to be able to give this woman who had read everything I could think of one of my favorite books in the last ten years.  I was overjoyed. That’s the beauty of book selling, you just never know. I might have felt silly singing the praises of Gilead and Home and Babbitt had I not been so beautifully reminded that there are fantastic books out there that everyone misses, even genius nuns from Milwaukee.

But I like the new books, too. I’ll admit it, I really want to read The Silkworm. 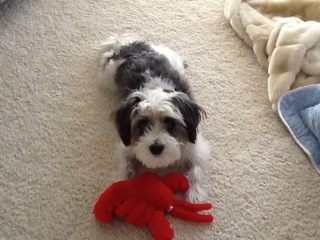 I had a great time in Maine, by the way. I did a fundraiser with Richard Russo in Portland for The Wayfarer Schools, a great program for at-risk kids that Rick and his wife Barb are very involved in. Have you heard the rumor that Richard Russo is the nicest guy in the business?  It turns out to be true. A couple of days later I did a program at a terrific independent in Belfast, Maine called Left Bank Books. They’d been asking me to visit for years and I figured as long as I was in Portland I should go. What a great group of people they were. They gave Sparky a squeaky lobster which he loves beyond reason.

Now I’m home again and back to work on my novel. A good day is one that’s quiet and dull. I might get a page finished if I’m lucky. When my friend Elizabeth McCracken was in the store I asked her how her own novel writing was going. She said, “I feel like I’m back in the terrarium again.” That’s exactly where I am.

Come on in to the store and see the great new Parnassus bookmarks that Hatch Show Print designed for us, then buy a book in order to make the bookmark feel it has a purpose.

Love from the terrarium. 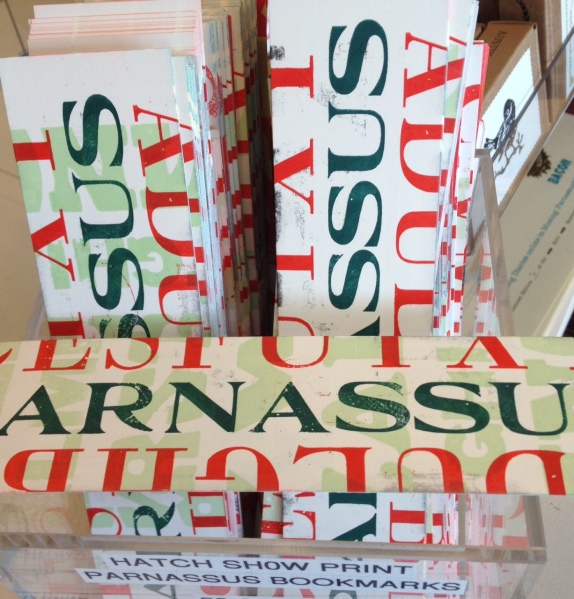 Some great books from the past, plus a few to look forward to in the future:

And not yet available for pre-order but coming soon …