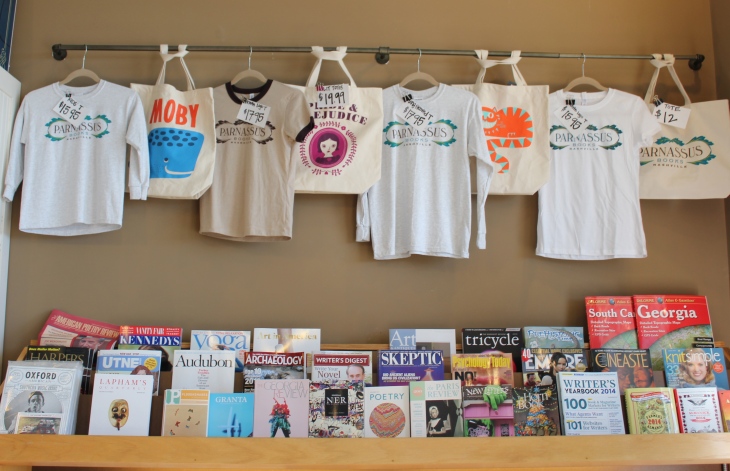 After a long, hot season of trashy books and blow ‘em up movies, the first yellow school bus rumbles down the street, giving us the All Clear sign that it’s safe to be smart again. With that in mind, I’d like to recommend some books that will help you get into the swing of the season of intellectual stimulation:

The Swerve: How the World Became Modern, by Stephen Greenblatt, which won the National Book Award and the Pulitzer Prize for nonfiction. Had it not won those awards, I would have surely missed it because the story of the discovery of Lucretius’ poem, “On the Nature of Things” is not one I would have naturally gravitated towards, proving yet again that prizes serve a purpose. By the time I finished I was as glad to have found The Swerve as Poggio Bracciolini was to have found Lucretius’ manuscript. This book is especially good company for an election year because it puts our petty partisan arguments into a chilling historical perspective. Now that I’ve finished, I find myself walking around thinking — atom and void, atom and void, atom and void. I urge you to give this one a try. It will expand your understanding of the human condition, and how many books can you say that about?

In celebration of Margaret Atwood’s upcoming visit to Nashville on October 27th (she will be the recipient of the Nashville Public Library’s Literary Award), Nashville has chosen her novel, The Handmaid’s Tale for its first city-wide read. It’s a great choice, but since I’ve already read The Handmaid’s Tale (and it made me a nervous wreck), I decided to celebrate in my own way and read Cat’s Eye instead. I pulled it out on a plane and the young woman sitting next to me said it was her favorite book. It’s a perfect book for fall if you’re ready to take on a novel that is more ambitious, more unsettling, and better written than what you might have picked up over the summer. The plot isn’t one that can be easily summed up, I don’t think any of Margaret Atwood’s novels can be easily summed up, so let me just say it is an experience of total immersion. Once you go into Atwood’s world there’s nothing to do but give yourself over to it. When I finished Cat’s Eye, I went straight on to her new collection of essays, In Other Worlds: SF and the Human Imagination. I probably know less about science fiction than anyone around, but I was fascinated by what she had to say about utopias, dystopias, slipstreams and fantasy. She discusses stacks of books I should have read, The Island of Dr. Moreau, War of the Worlds, Gulliver’s Travels. What a wonderful project it would be to read all the books she considers in these essays; something to think about when I finally get caught up.

So often I read books months in advance of their publication, and I worry that by the time they’re actually in the store I will have forgotten about them.  Not so with Kevin Powers first novel, The Yellow Birds. I read it in manuscript back in the early spring, gave it my whole-hearted endorsement, and have thought about it every day since. I’ve been waiting to buy up stacks of this book and give it to everyone I know. Powers joined the army at seventeen and did two tours in Iraq in 2004 and 2005 as a machine gunner. Then he came home, went to college, got an MFA, and wrote one of the great war novels of our time. It will stand next to Tim O’Brien’s The Things They Carried (and if you haven’t read that one yet, well, please do). The Yellow Birds is spare, direct, and strangely beautiful. It isn’t about trying to make sense of war or glamorize or damn war, it’s about trying to survive war. In this busy fall season of big books by blockbuster authors, I think this is the book to buy first.

There is a cluster of small tables and comfortable chairs near the entrance of Nordstrom at the mall in Green Hills, and time and again I’ve seen people sitting there reading books – real books with paper pages, the kind we sell at Parnassus. For me it is one of life’s great pleasures to see what other people are reading and to strike up a conversation about the book, much like the one the girl on the plane struck up with me when I pulled out my copy of Cat’s Eye. Last week when I limped out of the crush at the Apple store after having my computer repaired, I saw a woman reading Little Heathens: Hard Times and High Spirits on an Iowa Farm During the Great Depression, by Mildred Armstrong Kalish. I read that book five years ago when it first came out and I had forgotten about it. It’s a terrific look at farm life and hard work in which there is very little information about people and lots of information about chores. I interrupted the woman who was reading it and thanked her for reminding me about it, then we had a pleasant conversation. This whole interaction would have been lost had she been reading on an e-reader. The truth is I want to know what people are reading, even if it’s none of my business. It’s how I collect my recommendations.

Which is why we have such smart, wonderful readers working at Parnassus, so you can come in and talk to us about books. We have some great new people who’ve joined our staff, Nathan Spoon and Sissy Gardner, who both used to work at Davis Kidd, and Lauren Araujo, who will be helping Niki Castle manage the overwhelming lineup of fabulous events coming this fall (be SURE to look at the calendar on our website. There’s a lot you won’t want to miss.) Visit us often. Look around, pick the books up, sit down and read a few pages, sniff them, discuss them — these are all the earthly delights not offered by the Internet. We’ll be happy to see you.

The Swerve: How the World Became Modern (Paperback)

In Other Worlds: SF and the Human Imagination (Paperback)

The Island of Dr Moreau (Paperback)

The War of the Worlds (Paperback)

The Things They Carried (Paperback)

Little Heathens: Hard Times and High Spirits on an Iowa Farm During the Great Depression (Paperback)