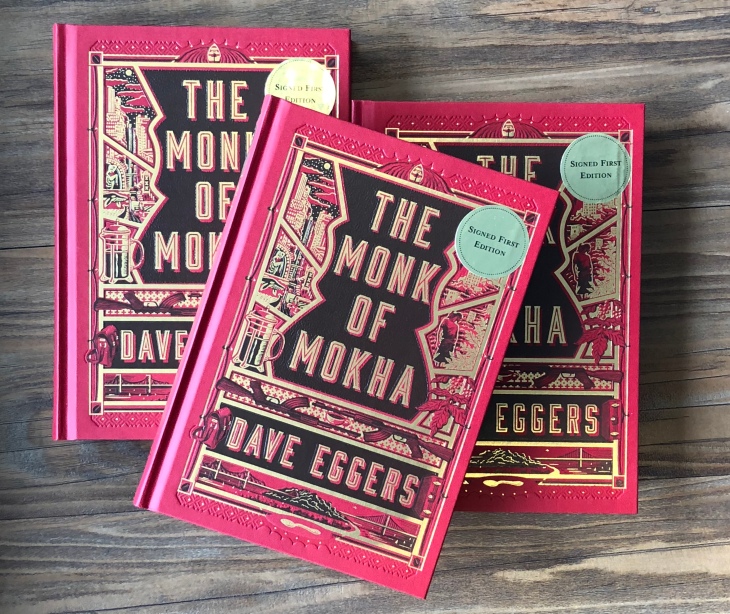 I’m writing a novel. It’s going okay. I wrote a chunk of it over the summer, then had to leave it because I was traveling around giving talks. When I came back to the book after Christmas, and then again after the flu, I no longer liked what I’d written. Last summer I thought I had things figured out, but I was wrong. A couple of weeks ago I threw it all away and started again. This is the kind of thing that felt like the end of the world when I was 26, but at 54 feels like, Oh, now I’m at that part where I realize all the previously completed work is trash and must be thrown away. Okay. I remember when I realized the first 30 pages of Bel Canto were unsalvageable dreck. I sat at the kitchen table and wept. Those pages had taken eight months to write (because true dreck is composed very slowly). Someone walking into the kitchen at that moment might have thought something very bad had happened to me, and I would have had to explain that I was learning a lesson and it was hard, that’s all.

I’m a much happier person when I’m writing a novel, and at the same time life is more difficult. I don’t sleep as well, dinner parties are unendurable torture, and I don’t like the books I’m reading. It’s a little bit like wanting something to eat only to find that everything tastes like a bag of nickels. I’m still hungry, I still want food, but who can eat nickels? I understand it’s not the food’s fault, it’s my fault. I desperately want to read a book that will teach me, soothe me, take me out of my own head for awhile, but such a book is hard to come by. Sometimes I want to be entertained, but other times, when I’m trying to solve a problem in my own writing, I want a book that will be my true and noble guide, to lead me through the Valley of the Shadow and all that. It’s a lot to ask from a book.

And so I read 20 pages of 20 books and throw them all on the floor. I remember favorite books from long ago and pick them up again. Nope, nope, nope. Then I thought of Remains of the Day. I had been talking about the book with Renee Fleming when she was here in late November, wondering if it would make a good opera. I hadn’t read it since it was first published in 1989, and I didn’t have a copy in my house, so I went to the bookstore and bought one. As it turns out, it was exactly the book I needed. It helped me think about how I wanted to approach the structure of my novel. It helped me think about voice. It also made me marvel at the human brain that it is capable of tucking a book away for 29 years, only to be able to access it again when it’s needed.

Which leads me to the next non-nickeled book I found, My Twentieth Century Evening and Other Small Breakthroughs, Kazuo Ishiguro’s Nobel lecture. This tiny treasure is a perfect example of why physical books and actual bookstores matter: I picked it up at the cash register because it was such an exquisitely made object: teal blue cloth cover, no dust jacket, small silver lettering. Just holding it felt like a gift. I thought, what could be nicer than reading a Nobel lecture? As it turns out, nothing. If you’ve ever wanted to get inside a writer’s mind, Ishiguro opens every door and invites you in. The story of his life, his art, his place in the world and his thoughts for the future, it’s all in there. It was a breath of clarity, and so I have Ishiguro to thank again.

Sadly though, the book took less than an hour to read, and I read it slowly. I was back to sifting through the stacks, looking for Mr. Right.

So let me tell you my story about Dave Eggers. I don’t really know him. I met him at a party once about 15 years ago for five minutes (when I introduced myself, he looked at me and said, “You’re not Ann Patchett. Ann Patchett is way older than you.” It was strange and charming and memorable.) Since then we’ve talked on the phone a couple of times and exchanged a handful of emails about arts business. I sent him a note last year to tell him how much I loved (and I mean LOVED) his book of drawings called Ungrateful Mammals. In return he drew a picture of a bison that says “Parnassus Books: significantly better than soap made from Bison” and sent it to me. It’s hanging in the store. We’re all pretty crazy about the bison.

In fact, we’re all pretty crazy about Dave. Not only is he an insanely talented, wide-ranging, genre-busting writer –  What Is the What is on my permanent “Top 10 Favorite Books for Life” list –  but he’s unmatched in the human decency department. He founded a chain of free homework tutoring centers called 826 Valencia. He started a program to match donors with kids who are trying to get the money to go to college. He’s donated all the proceeds of several of his books to help solve the problems that What Is the What addresses. He actually uses his talent to shine the light on the struggles and triumphs of others in order to make the world a better place. I cannot say enough good things about the guy. So last week I was sitting in the Parnassus office with Andy, talking and opening my mail (think books, lots of books) when out from a padded envelope slid a new Dave Eggers book, The Monk of Mokha, along with a little box of coffee. I thought to myself, Dave Eggers? I bet this doesn’t taste like nickels.

I wish someone had asked me to blurb The Monk of Mokha so I could have said, “I couldn’t put it down,” because I couldn’t put it down. It’s a nonfiction American success story, an old-fashioned Horatio Alger yarn, a tale of entrepreneurship: a young man from the mean streets who pulls himself up by his bootstraps with hard work and ceaseless ingenuity. There’s also a dash of Scheherazade in there, since the number of times our hero talks about coffee in order to save his own life is not to be believed. The twist is that the hero’s name is Mokhtar, and while he was born in this country, his family is from Yemen. While working as a doorman in San Francisco, he gets the idea to introduce the world to the coffee of Yemen, something he knows absolutely nothing about but makes it his business to learn, which means going to Yemen even though the country is at war, and then figuring out a way to escape with the coffee.

If you have any interest in coffee (I do not) you will find this book riveting. Give it to all your coffee-drinking friends. If you’re interested in Yemen, the Arab Spring, the perils of being a young Muslim man in the world, small businesses (yes!), or inspiring dreams achieved through hard work, this book is for you. And if for any reason you just want a book that is written in a clear, strong style that isn’t clever, coy, or convoluted, that doesn’t contain even a whiff of nickels, then this book is for you as well.

And here’s an extra bonus: like the Ishiguro speech, it is a perfectly beautiful object. These are the two best looking books in the store right now. Sometimes you need to come in and see what catches your eyes. Maybe it’s a comfortable chair or a shop dog. Maybe it’s a book. We don’t care why you come to visit, we only care that you come to visit. 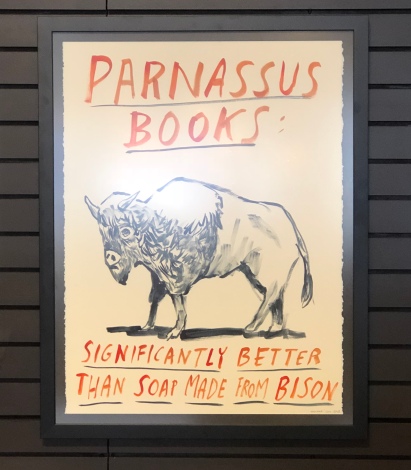